When is the logs burning season going to end?

Knowing how much firewood you need to sustain yourself over the colder winter months isn’t always easy.

Given that the price of firewood has risen recently as a result of container and packaging cost increases and an increase in national forest costs for firewood quotas, budgeting for kiln-dried logs can be difficult.

In this blog, we are going to look at: 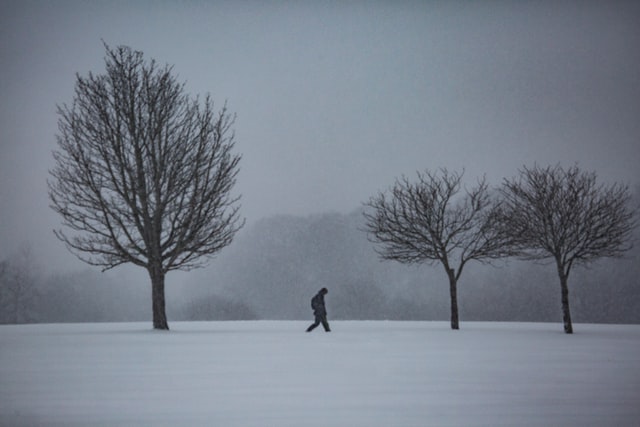 When is the traditional burning season?

Generally, the traditional burning season runs from September through to March every year.

The temperatures in the UK start to fall towards the end of September, and it gets particularly cold in January and February. If you have had a wood-burning stove or fire for a while, you’ll notice that you begin to light it more and more as you get closer to Christmas.

Most people find December, January, February, and March are the months when they use their wood burner the most, with average temperatures around 3 - 5°C, and it often dips below freezing in January and February at night. However, if Autumn is especially cold, you may find that you are lighting your fire a lot earlier in the year.

Also, the traditional burning season can depend on where you live. For example, living in the north of Scotland or even parts of Northern England will likely remain colder for longer than areas of Southern England.

When will the burning season end in 2022?

Predicting the weather in the UK is a challenge, and many people say the best way to find out is simply to look out the window!

However, temperatures are expected to start shooting up as we head in May, so you will probably notice a drop in how often you light a fire around then.

With this in mind, how much firewood will you need to see you through to Spring?

How much firewood should I buy?

This question is often compared to how long is a piece of string, as there are so many variables to consider.

This includes things such as how often you light your fire, your storage capacity for keeping logs dry at home, and the type of wood you prefer to burn.

The good news is that if you are only stocking up on firewood for the next few months, we have an exciting new range of economy Hornbeam crates. Hornbeam is a kiln-dried wood known for being incredibly dense and hard, producing a slow and even burn.

This is perfect for ensuring your fire lasts longer, and it also means you probably won’t need to buy as much firewood either as it doesn’t burn as quickly.

So, if you need firewood to see you through to the Spring this year, have a look at our new kiln-dried Hornbeam logs and keep your home well-heated this Winter.