Back in October 2020 we wrote a blog post about the threat that Ash dieback poses.

The Ash tree has been under threat from nature (not man!) for some time now, particularly in Eastern Europe. In many European countries ‘Ash dieback’ otherwise known as Chalara is killing the Ash tree. Chalara is a fungal disease that impacts the vascular system of the tree making it inept to draw nutrients up into its upper branches.

A rapid eight-week consultation was launched by the government which has shown that there is strong support for an import ban before the main planting season gets underway in late November. Trees from infected areas will not be able to be imported into the UK.

“This is a very serious disease that demands action to stop its spread. I have ordered both an import ban and movement restrictions on trees from infected areas. This comes into force immediately.

So, with this in mind, let's have a look at Ash firewood, what these developments mean for the availability of ash in the near future, and alternative firewood you can use in the meantime. 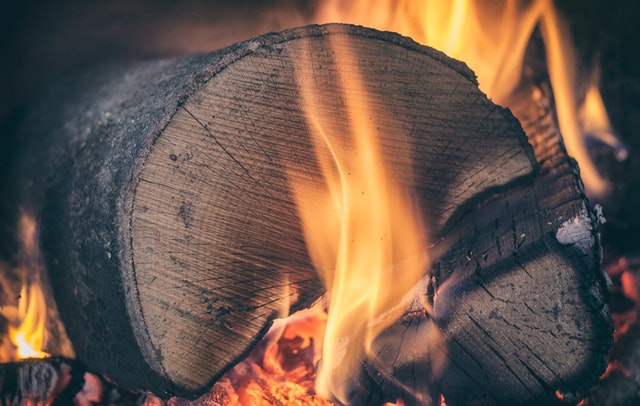 What is Ash firewood?

Ash is a common hardwood that is used as seasoned firewood for a variety of reasons.

Ash is strong, hard and dries out well meaning that after being seasoned or kiln-dried, it has a low moisture content. This ensures that you get a slow, even burn when you put ash logs in your wood-burner.

This type of wood is also environmentally friendly and it is a lot better than burning green wood.

What does this mean for Ash?

We expect that these measures will indeed be temporary and at some point in the future, ash will be allowed to be imported once again. Once the disease is contained in central and eastern European countries and the threat of the disease being spread has decreased, the temporary legislation should be overturned. Don't expect this to be anytime soon, if we're lucky we'll have ash again for the 2022/23 season, otherwise we recommend switching to an alternative.

As we don’t expect Ash to be available for quite some time, you will need to have a look at an alternative type of firewood to put into your wood burner.

Fortunately, given the lack of availability of Ash, we introduced Hornbeam to our product line.

This is an even denser, harder, hotter burning firewood than Ash. It's a premium firewood and the most comparable alternative to Ash. The great thing about Hornbeam is that it is very easy to burn with. If you are new to lighting a fire in your wood burner, Hornbeam is an ideal wood to begin using. You don’t need any special skills or knowledge to achieve the perfect fire with this wood type as it is very beginner-friendly, although you may find our blog post - How to Start a Fire in a Log Burner - useful.

If you're a regular burner of Ash you may want to play it safe and switch to Hornbeam this winter. Hornbeam is readily available and we have hornbeam logs available in three different sized crates so there's something for everything.

Another firewood that is very popular is Birch.

Birch ignites differently to Ash and Hornbeam as it offers a quicker burn, so it won’t last as long. On paper this sounds like a bad thing; however, it depends on your circumstances. If you light up your fire often, but you don’t require it to burn for hours on end (perhaps just a short period to heat up a room), Birch can be an excellent choice.

This wood can be combined with other types of firewood (such as Hornbeam and Oak), to create long-lasting fires if you need, and Birch is often used to start a fire. Also, Birch produces a sweet aroma which can be incredibly pleasant when lit.

If you're feeling adventurous, why not try Birch for the remainder of the log burning season? Birch looks great by the fireplace with its silvery bark and will have your room to a soaring temperature in no time!

How much firewood should I buy?

As Hornbeam and Birch both offer a good alternative to Ash whose availability is likely to be very limited in the near future, how much firewood do you need?

It can be quite difficult to answer this question properly, as it depends on a number of factors. Typically, most people will light up their wood burning between September and March, although particularly cold winters and early spring can see this extended in April before the warmer temperatures come in.

When thinking of how much firewood to purchase, think about how often you light your fire (is it every day or just at the weekend?), and also what your storage capacity is like. The more logs you buy the more space you will need to store them before burning.

We sell both Birch and Hornbeam logs in a variety of quantities. For example, our regular Hornbeam crates contain around 2 large builders’ bags of logs which is perfect for occasional weekend and evening use.

However, if you are a more regular burner, you may want to consider a larger crate which contains 3.5 builders’ bags of logs, and be enough to keep your fire roaring throughout the colder months of the year.